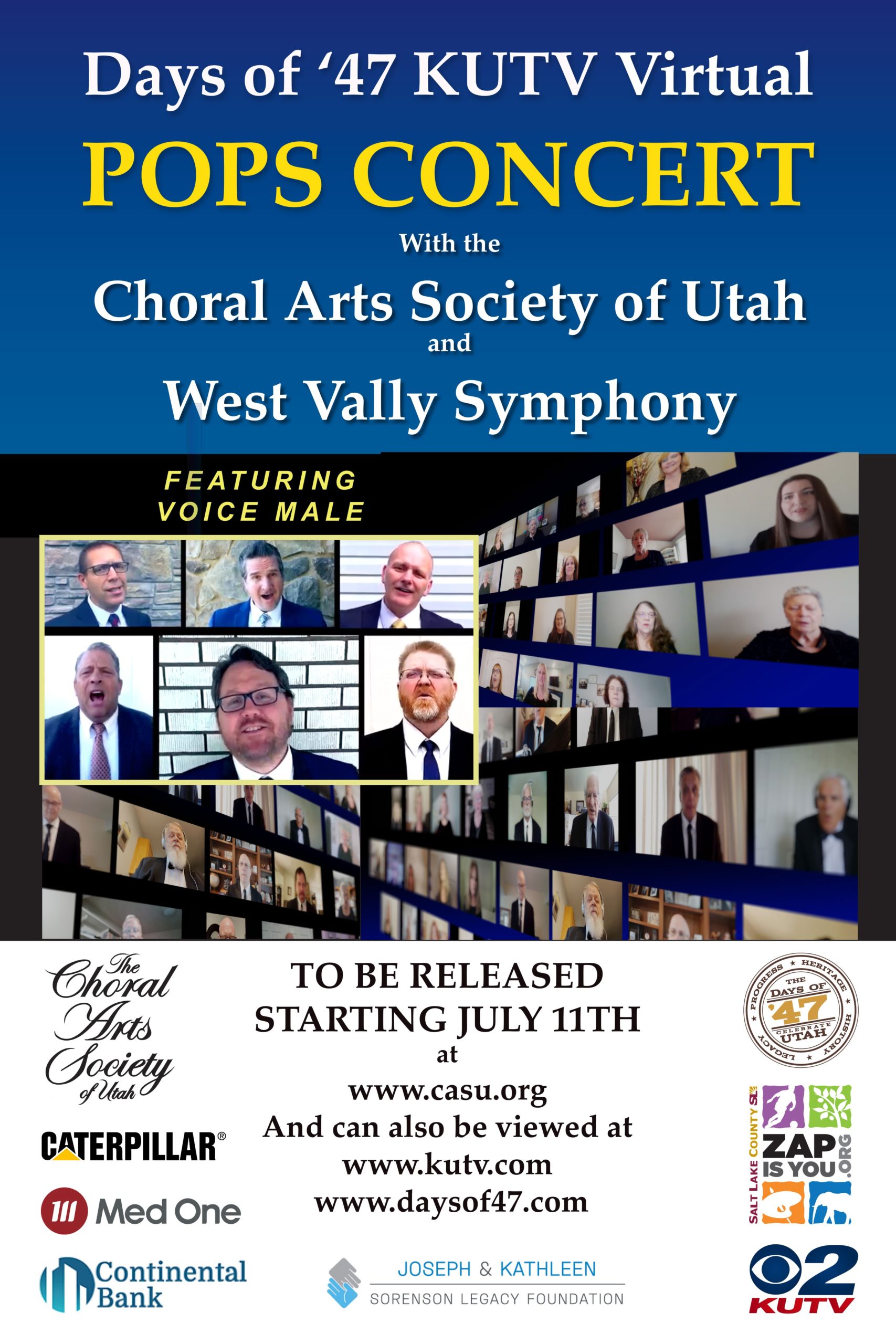 The COVID pandemic has shuttered hundreds of public events, but one organization has found a way to keep the tradition alive. The Days of ’47 KUTV Pops Concert, normally held in Abravanel Hall, will go online this year starting July 11th.

It wasn’t easy to put together. “The talented people involved in this concert stepped into a new world,” said Sterling Poulson, director of the Choral Arts Society of Utah, which will be performing. “Many for the first time had to sing or play alone, and at the same time follow a video of me conducting a recording of the piece in their ear while recording their performance. Over 100 musicians stepped firmly, as technology pioneers, into the 21st Century.”

The Choral Arts Society will be joined by the West Valley Symphony under the baton of Maestro Donny Gilbert. The program will include patriotic favorites and a tribute to the caregivers and responders on the pandemic front lines, “Who Are the Brave?”

Besides recording, putting it all together presented a challenge of its own. According to Poulson, the concert comprises over 400 separate videos expertly blended and mixed, a process that took nearly two weeks using the most powerful technology available.

The Days of ’47 KUTV Pops Concert, now in its 73rd year, is known for its guest stars, and this year’s online version will be no exception. Joining the virtual venue will be Voice Male. With 26 years of performances and 12 albums, Voice Male has is known as Utah’s favorite a cappella comedy group.

“This virtual concert has been a wonderful opportunity to unite as a choir and use technology to reach out and give to our community in a time of quarantine,” said CASU president Spencer Mark.