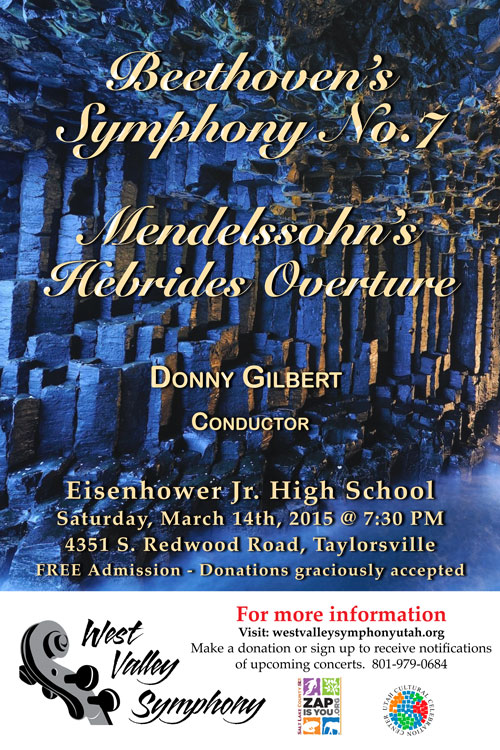 The range of moods that the Seventh Symphony covers is striking, even by Beethoven’s standards. Three of its four movements overflow with energy and high spirits, a fact that led composer Richard Wagner, writing in 1849, to write, “this symphony is the apotheosis of the dance herself: it is dance in her highest aspect, as it were the loftiest deed of bodily motion incorporated in an ideal mold of tone.”

When we get to that galloping final movement, the one that jumps off with an eight and two sixteenths, tum-ta-ta-tum, know that there are about 60 musicians on stage with hearts pounding, alert and sitting on the edge of their chairs. The premiere occurred in December of 1813 and the benefit concert for wounded soldiers was the most successful (and possibly oddest) of the composer’s life. Beethoven began his Seventh Symphony in the fall of 1811 and finished it in mid-1812.

Felix Mendelssohn once stated, “It is in pictures, ruins, and natural surroundings that I find the most music.”  Perhaps no work and no surrounding were as equally matched for compositional success as Mendelssohn’s trip to Scotland and the writing of his Hebrides Overture, which will also be performed on this concert.